I really, really hate my ISP.

That said, let me explain what I wanted. Since my connection is very unstable, and still running on VDSL with cooper wires of the PSTN installed 50 years ago, I decided that a second internet connection was needed. Even when fiber is finally deployed here, it’s still a good idea to have a completely separated connection from a completely unrelated provider, since clusterfucks do happen. Often.

So I was left with some interesting choices (but none of those ideal): pay the only other ISP which has cables around here (and uses DOCSIS over coax, which isn’t really better) which has a ridiculously low transfer cap, get a long-distance wifi provider with low speeds and poor receptivity, or go with LTE. By the title, you already know what I choose. Despite also having some very low data caps, it had two main advantages: in case of heavy rain - which frequently disrupts the cabling - it would still survive, and the fact that I was already paying for it (for my smartphone, duh). All I had to do was getting an additional SIM card and an USB modem. And so I did: the choosen one was the Huwaei E3276. 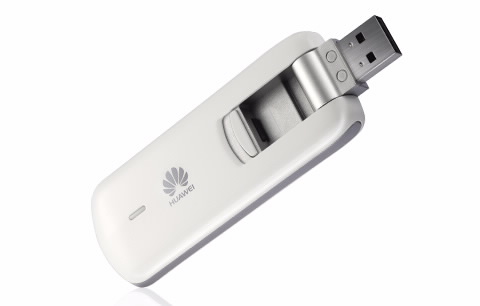 On MercadoLivre.com.br there was an interesting reflector/enclosure from the company Aquario, which gave me a way to fix the modem in the tower and a protection from the weather. Plus, there may be some little advantage of the reflector in the signal quality, but I’m skeptic. Really, it shouldn’t make noticeable difference.

However, there’s an issue: for LTE to work well at full speed, direct view to the ERB is needed for the LTE modem. Lucky me, my father is a ham radio, and - yup - we have a goddam antenna tower above our roof. The tower provides the view to the closest ERB without obstacles in the Fresnel zone. And yes, I calculated it.

The main obstacle is a tree close to my house, just in the straight line connecting my antenna tower and the ERB. Knowing the height of the tree, the height of the ERB, the distance from my tower to the ERB, the distance to the tree meters and the lowest frequency that will be used, all I had to do is solve for x. Google Earth Pro provided easily with the measurements. An engineering background comes in handy those times, huh?

Then I noticed another problem: USB only extends for 5 meters without repeaters, and the 5 volts quickly fall with a lot of cabling, making the connection unstable or even unusable. The USB host had to be close to the modem, probably in the tower itself. But hey, that’s easy. I just got a Raspberry Pi that I had laying around, and bought a waterproof case to put it inside. To power it, a Power over Ethernet splitter and injector was bought. For the Power Supply, I used an old notebook brick which gives 19V and 2A.

Now I had to transform those less-than-19V in which comes from the Ethernet cable (cooper losses, remember?) into steady, noise-free 5V to power the Pi. For this task, I bought an USB vehicle charger, tore apart, and 3D printed a slightly better case with a good barrel connector (instead of the original ligther connector).

Finally, now that I had all this I thought… fuck it. Let’s add an WiFi adapter and a high-gain antenna. This enables me to get connection from nearby open hotspots, which have the wonderful advantage of not having data caps. I chose the TP-Link T2UH USB 802.11b/g/n 2.4/5GHz adapter. The antenna was an omnidirectional one from a local manufacturer, which advertises 12dbi gain - but again, I really doubt it.

In the next post, I will talk on how I put all those things together, and how I installed it in the tower.